We are delighted to announce the following confirmed keynote speakers:

Silvio Funtowicz
Silvio Funtowicz is Professor at the Centre for the Study of the Sciences and the Humanities at the University of Bergen in Norway. He is a former member of the Institute for the Protection and Security of the Citizen (IPSC), European Commission - Joint Research Centre (EC-JRC); and a past professor of mathematics, logic, and research methodology in Buenos Aires, Argentina; and Research Fellow at the University of Leeds, England in the 1980s. He is the co-author of Uncertainty and Quality in Science for Policy (Kluwer, 1990) with Jerome Ravetz, and he has published numerous papers on environmental and technological risks and policy-related research.

Keynote:
Is the Internet to Science what the Gutenberg press was to the Church? Collapsing the monopoly on knowledge.

Abstract:
Quality control in science has become more difficult as the relatively inflexible technical requirements of the traditional printing process have first been relaxed and then made obsolete by novel information and communication technologies and economic restructuring. There no longer is a well-defined ‘gateway’ to publication through the institutions that control reproduction of, and hence access to, documents. First through inexpensive photocopying and now through the Internet, it has become easy for anyone to distribute knowledge wares to an unrestricted audience. It is like a re-enactment of the period that followed the invention of the printing press and the publication of Gutenberg’s Bible around 1450. Now, as then, the monopoly of knowledge and its dissemination is collapsing, and new and expanded interested audiences are being created.

Tania Li
Tania Murray Li is Professor at the Department of Anthropology at the University of Toronto, where she holds the Canada Research Chair in the Political Economy and Culture of Asia. Her publications include Land's End: Capitalist Relations on an Indigenous Frontier (Duke University Press 2014), Powers of Exclusion: Land Dilemmas in Southeast Asia ( with Derek Hall and Philip Hirsch, NUS Press 2011), The Will to Improve: Governmentality, Development, and the Practice of Politics (Duke University Press 2007) and many articles on land, development, resource struggles, community, class, and indigeneity with a particular focus on Indonesia.

Abstract:
Transnational development agencies are heirs to the "dual mandate" of colonial times. They must help set conditions for profitable growth, while attending to native welfare and improvement. They do not have a democratic mandate from their target populations. They must operate with, through, or around national regimes with their own sets of practices, often authoritarian in character. What is "public policy" in such a context? How can we interpret its modes of formation, and its effects? The lecture addresses these questions empirically, through a close examination of two transnational interventions in Indonesia. 1) a participatory scheme designed by The Nature Conservancy to educate the desires and govern the conduct of villagers around a national park; and 2) a billion dollar scheme designed by the social development team of the World Bank to make Indonesian society more transparent and accountable, beginning at the village level. A core practice , common to both interventions, is the attempt to translate political questions into technical ones, a move that does double duty: disguising the democratic deficit, and foregrounding expertise. Yet examined ethnographically, attempts at "rendering technical" fall short, and end up stimulating renewed political challenge.

Susan Wright
Susan Wright is Professor of Educational Anthropology at Danish University of Education in Aarhus in Denmark. She is a previous member of the UNESCO Convention on Intangible Cultural Heritage Drafting Group, the Foundation Working Party to establish UK-UNESCO, and the UK delegation. She is an ethnographer who studies people's involvement in large scale processes of transformation. Her insights are informed by ethnographic studies of political transformation in Iran before and after the Islamic Revolution. Since the 1980s she has studied changing forms of governance in various settings (including national policy making, local authority anti-poverty strategies, and NGOs concerned with community work and community arts), focusing since 2003 on Danish university reforms. She is an editor of Policy Worlds: Anthropology and the Anatomy of Contemporary Power (with Shore and Peró, Berghahn 2011), Anthropology of Policy: Critical Perspectives on Governance and Power (with Shore, Routledge 1997), and Anthropology of Organizations (Routledge 1994), and author most recently of The double shuffle of university reform - the OECD/Denmark policy interface (2012, with Ørberg).

Keynote:
Universities in the knowledge economy: policy as a space of contestation

Abstract:
Anthropologists, like political scientists, have been exploring interpretive approaches to policy in recent years as a means to analyse large scale political transformations. To do so, anthropologists have had to re-work some of their ethnographic methodologies and key analytical concepts - the field, the site, process, power, contestation, keywords and subjectivity. This keynote exemplifies an anthropological approach to policy by analysing a succession of Danish policies to ‘set universities free’. They were ‘set free’ in the sense that they were no longer in a ring-fenced, protected position; now they were obliged to ‘exchange knowledge’ with ‘surrounding society’, which could make demands on them from all sides in their new role as drivers of the knowledge economy. Universities had to work out for themselves how to respond to these demands and, in the process, how to exercise their new legal responsibility to protect their own research freedom and ethics. What new forms of governance, management and subjectivity have emerged in the process? The analysis is conducted in three steps. First, by mapping the field – plotting the vast range of organisations that make up a new ecology - or university-industrial complex - many of which seek to mine universities as a new ‘natural resource’ to be exploited in the knowledge economy. Second, the creation of the university as a new kind of subject. To equip them for this new role, universities were made into top-down, strategically managed organisations, with a ‘head’ who would be an interlocutor for government and industry and speak not for, but as the university. This subject also had the legal status of a person that could enter into contracts. Contracts were to be the basis for the university regulating its relations with the interests in ‘surrounding society’, but contractual commitments for output and performance were also the mechanism through which universities were now governed. Third, sites of contestation. The process of establishing new relationships of governance has been punctuated by contestation between ministers and academics over the meaning of keywords, notably ‘freedom’. Setting new boundaries between universities and diverse interests in ‘surrounding society’ saw a spate of conflicts, reported widely in the national media, between university leaders and academics, which were simultaneously about trying to discipline the new academic subject. The keynote concludes by exploring the unmarked masculinity of the new form of leadership, and points out that these recent conflicts over university freedom and ethics have all focused on senior women whose bodies and concerns seem to constitute irritating or threatening ‘matter out of place’. An anthropological approach to policy views such conflicts as between a top-down ‘authoritative’ view of the way policy works and attempts to open up policy as a space of political contestation over the subject of the academic and of the university in the knowledge society and economy. 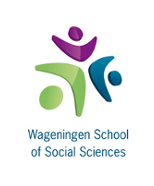